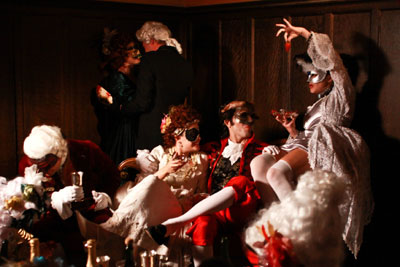 This unique series takes its audiences back in time to some of the greatest parties in history, to recapture the moment and tell the backstories around each party. Political intrigue, conspiracies, bizarre antics, decadence and murder all feature in the strong line up of films.

The series will air later this year.